Time for a little ‘where are they now/why the eff aren’t they posting new content’ Stucu update, with the help of my girl D. Grab your (slightly more appropriate than last week) pumpkin-themed beverage and take a seat, dear readers.

I know what you’re thinking. ‘Oh, like Avenue Q!’

If Avenue Q were darker, creepier, more troubling and with less of a clear plot, then yes. Exactly like Avenue Q.

Translation: an epic first date post is on its way. Prepare yourselves.

Official announcement pending. In the meantime, we’re accepting submissions for a new tagline. So far the best we’ve come up with is: “3 single girls, 2 cities, and 1 podunk town.”

Being the cautious single ladies that we are, our first response to an email like this is always: “who is trying to trick us, and why?” However, some preliminary stalking confirmed that good old Larry King does indeed have a new show on some network called Ora, and his verified twitter had posted this tweet: 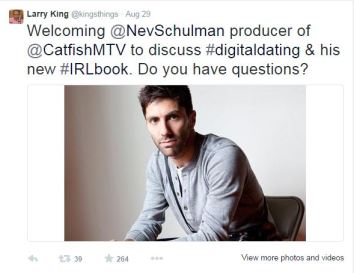 So it seemed legit. Legit and totally last minute (we received this email at 1:08pm and they needed it by 3pm… when all three of us were you know, at our actual jobs.) Still, we quickly opened up a group gchat and got busy brainstorming questions and submissions because #priorities, and sent them off in the nick of time. And then… nothing. (God damn it.)

Next up, we received this delight:

WHAT???? My first thought was, “L is definitely NOT interested in this.” Followed closely by “WTF?!” (My first thought was, “God, I enjoyed the movie ‘Think Like a Man’ more than a white girl from South Jersey has any right to.’) Maybe it was the over-sized bottle of red wine that my roommate and I killed while watching, but to me this was a cinematic triumph.

Also, can I just point out that Gabrielle Union continues to be one of the hottest, most amazing leading ladies of our time? I’ve been following her career since 10 Things I Hate About You and Bring it On and…where was I? Steve Harvey? Oh, that’s right. Back to you, D.

I mean, first of all, we write an anonymous dating blog. National TV doesn’t seem like a great way to stay on the DL. Also, what is the premise of this/what’s going to happen? I fly out to Chicago for dating advice from Steve on how to find Mr. Right? Or Steve actually assists in finding my Mr. Right? Is my Mr. Right in Chicago? Is that what I’ve been doing wrong all this time? Or do they come out to my podunk town/Philly/DC and … what? interview potential dates? While I’ll admit that letting Steve Harvey give me antiquated and sexist dating advice while I parade my single self on national TV is tempting from a comedic standpoint, this is a no go.

We came so close to fame. Twice. Not necessarily a noteworthy or dignified type of fame, but fame nonetheless. (Stucu Almost Famous Tour 2014–coming to a podunk town near you!) 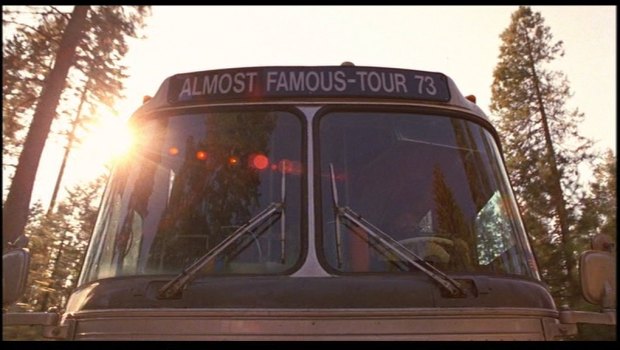 And here is our solemn vow, readers: if we ever do make it big, we promise not to let it go to our heads.