This weekend, I reactivated my OKCupid profile. I had temporarily disabled it while dating Basketbro, not because I thought we were BF/GF or anything, but because, since I was not intending to go on any dates and therefore had no reason to answer messages, it was becoming hard to manage. I didn’t check it regularly, and when I did, I had too many messages to sift through, and not enough time to determine who was worth writing a really bizarre temporary rejection/wait till I am single again message to.

There was a teeny weeny delusional part of me of course, that hoped that minute my pic reappeared on the site, everyone would break into the theme song from Cheers:

However, I felt more like Mr. Kotter on his first day back at Buchanan High School. (The humidity actually makes our hairdos quite similar.) 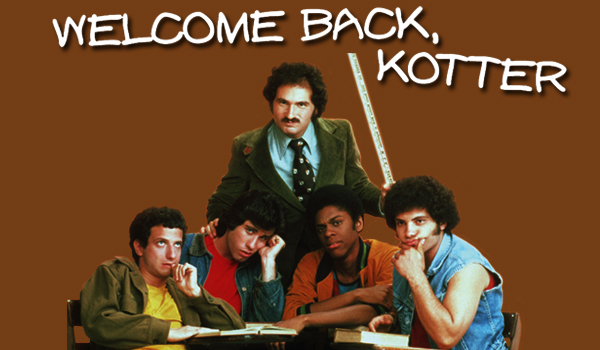 *Actually, I just really listened to the “Cheers” theme song and it’s a bit depressing. Nevermind. I guess there is no good way to be welcomed back into the online dating community.*

I started to sort through messages I received earlier in the month. I replied to a few promising ones, with some adorable jokes explaining my delay in response. However, the majority were duds. Let me share with you some of my favorites:

Huh? To do what with? There is literally nothing about animals in my profile. Of course, my mind went to the darkest place ever, where I immediately decided my profile was attracting, at the very worst, men with bestiality fetishes, and at the very best, furries.

Let’s see if we can find something a little safer, shall we…

Nevermind. Spoke too soon. Men, for the last time, repeat after me: NO HUNTING/GUN/MURDERING JOKES IN MESSAGES. And, if you’re going to insist on being a murderer, at least be a murderer who can spell. At least the faux suicide note you leave in my apartment after you kill me will have some credibility. Haha. (Not haha actually, I just scared myself with my own dark, dark joke).

Now, reactivating your profile after a brief hiatus apparently causes all those people on OKC to think you’re new blood, and results in one getting a lot more messages. I was so excited to sign on the next morning and see 17 new messages in my inbox. That is, UNTIL I READ THEM. Some gems include:

2) There are emoticons (and you KNOW how I feel about emoticons.)

3) It features a businesslike, pestering conclusion demanding I respond in an absurdly prompt manner.

However, at least this guy cared to write something coherent. Check out this love letter from across the Atlantic:

What is happening here? How did this Russian even find me? What is he trying to say? Did one of Putin’s cabinet members mean to write to Angela Merkel to beg a more merciful response to the annexation of the Crimean Peninsula, and accidentally message me on OkCupid instead? 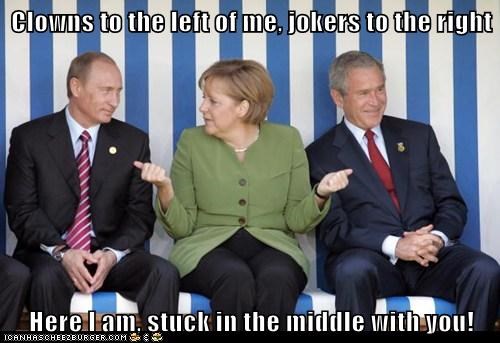 I couldn’t have said it better myself, Angela.

Of course, then, there are those creepy messages that I’d love to say I 100% hate to receive, but I only 90% hate them because they are a self esteem boost.

Please know that this came from a 36 year old gentleman who lists Anime and paper dolls as some of his interests. While I won’t be going out with him any time ever, at least I can sign off tonight feeling like: