Earlier this year, when we were still relative online dating newbies, L told me about a new site that she’d just heard of. “It’s like Okcupid,” she explained, “except everyone suggests an idea for a first date.”

Color me intrigued! I remember thinking the concept of men having to provide a date idea up front was not only incredibly attractive, but also borderline genius. I’d do pretty much anything to avoid receiving one or all of the following texts from my date prior to meeting him:

“Got any ideas about where we should go?”

“I don’t know the city that well, so I’ll leave the planning to you.”*

*(This one infuriates me. Do you also not have the internet? Have you never heard of Yelp? Are you not in fact texting me from an iPhone 5, but from a Zack Morris monstrosity circa ’91?) 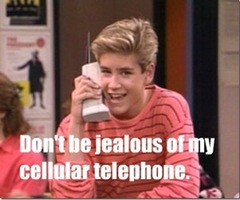 The thing is, I am not looking for some over the top first date featuring like, a hot air balloon ride (real talk, that idea was legitimately suggested by D, of movie theater yelling fame. He’s a rare date planning gem, that one. We never went, but I kind of secretly still want to. If it ever happens I’ll be sure to share with the class.) Drinks at a chill bar are fine. with. me. It’s not rocket science, gentlemen.

I realize we co-bloggers complain about the inability of men to plan dates pretty much every week, but my job involves a significant amount of event planning, plus I’ve been in a number of weddings this year. Like L, I am a bossy oldest child, so in many cases the logistics of making plans naturally fall to me. This is fine, and most of the time I prefer it that way (again, bossy older child). But I also absolutely love when someone else takes the reigns for a bit. Love.

Between my excitement over dudes doing the planning and my excitement over cutting down on senseless messaging before meeting in person, I was sold. I signed up for HowAboutWe (which I will henceforth refer to as HAW), since it was “free to try”.

“Free to try” is the favorite term of most online dating sites, with the exception of Okc (the cheap single 20-something’s dream). Basically, you sign up for the site and quickly discover that in order to do pretty much anything besides creep on the home page, you need to fork over actual money. And yet, even with your low level security clearance that gives you access to little more than their blog (responsible for groundbreaking journalism such as this) the site proceeds to bombard you with 1,500 daily emails about your “matches” (who you aren’t allowed to contact until you provide them with your credit card card number).

Here’s a sample of what’s been hitting my inbox at least once a day since I signed up:

Okay. As you can see, those are three fairly normal, innocuous date suggestions. Totally vague, yes, but they basically make sense.

More often than not though, there’s at least one dude in the mix who has managed to miss the site’s concept completely: 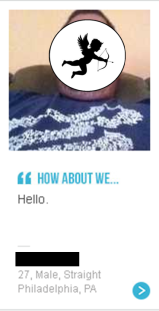 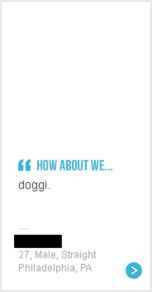 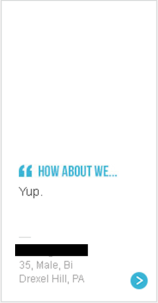 Sure, I’ve seen some decent answers:

But for every date idea I’ve come across that’s half decent, there are countless that fall into either of the following categories:

(Actually worried for the welfare of that child in the picture. Are you okay, kid?)

Due to the underwhelming nature of these prospects, combined with my proclivity to be distrustful of dating sites that cost money following The Great Match.com Debacle of 2013, I decided not to spring for the paid membership to HAW. I feel good about my decision, or at least I did until I stumbled upon one dude’s answer while doing research for this post:

Be still my heart. I’ve loved the Gin Blossoms (unironically) since preteen S first heard Hey Jealousy on Y100 all those years ago. (True story: senior year of high school, a friend and I made the wise decision to memorize the lyrics instead of study for our AP Calculus final. How did that work out for us? FANFUCKINGTASTICALLY. We’re both successful adults, and we both know every word to one of the sweetest 90s jams of all time).

What I’m saying is, I get this person. And I’d totally date this person. The question is, would I fork over a membership to this seemingly shitty dating site just to message him? The cheapo in me says hell no, although a Gin Blossoms themed wedding would be pretty epic. All that long flowing hair and loose fitting button downs, just in time for fall…

What do you think, dear readers? Has anyone out there tried HAW for real? Am I missing out?

3 thoughts on “How about we….cancel our subscription to HowAboutWe”